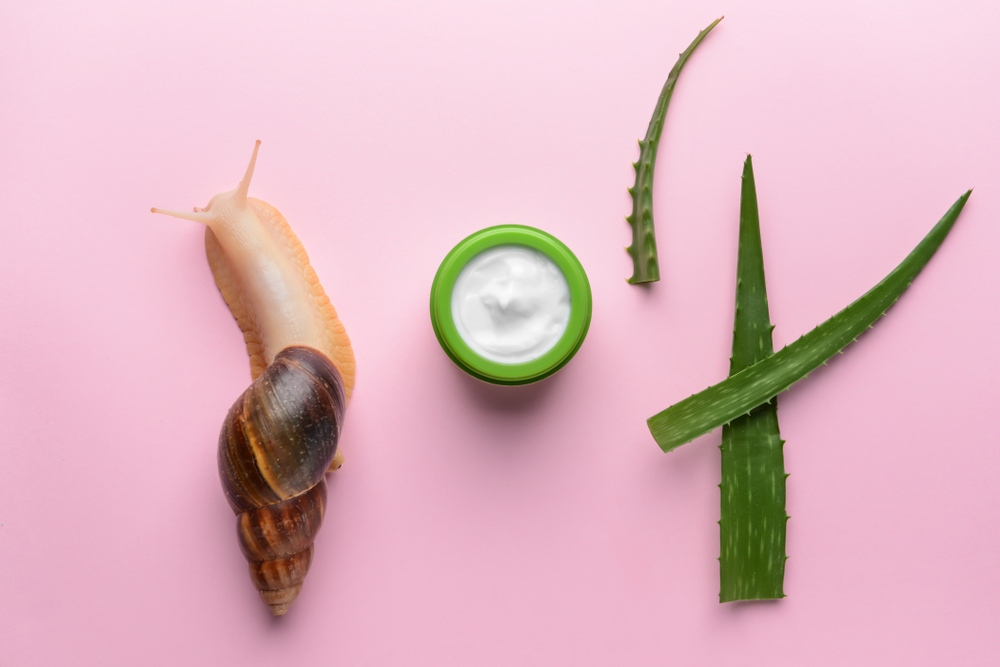 Snail mucin in creams has taken the beauty world by storm because of its numerous skin benefits. Snail cream in beauty isn’t another buzzword, fad, or trendy item of the moment.

Snail mucus is scientifically known to improve skin’s complexion and texture, fight signs of aging, and is also a potent moisturizer. Keep on reading and we’ll show you why.

What is Snail Mucin?

Snail mucin is basically snail excretion or snail “slime”. In skincare, you can find snail mucin on your ingredient list as snail secretion filtrate or “SSF”. It is an animal-derived growth factor, which are high molecular weight peptides that encourage wound healing and support tissue repair in snails.

This means that this mucus enables it to self-heal after a wound or injury. The regenerative properties of snail mucus are due to its complex chemical composition. Snail slime has found to have components like allantoin, collagen, elastin, glycolic acid, hyaluronic acid, and natural antibacterials,  glycoprotein enzymes and copper peptides, which are a few words you probably recognize from many of your favourite skincare products.

What is Snail Cream?

Snail cream refers to the skincare products that are made with snail slime and mucin for dermatologic purposes. The popularity of snail masks, creams and serums have been rapidly growing in Asian beauty and is making its way into the west.

The type of slime that is collected to use in the cream for your skin is not the “snail trail” slime left behind from a moving snail. It is actually the foamy mucus that is secreted when a snail is disturbed or feels stressed or threatened. That foamy secretion is what contains the many beneficial ingredients for your skin.

What are The Benefits of Snail Cream?

The properties found in snail cream is often a solution to many common skin ailments.

Hyaluronic acid is a humectant, which is a compound that holds water in the outer layers of the skin and helps repair the skin barrier. This especially makes sense when thinking of snails, they need this to keep themselves hydrated and keep from drying out.

A 2012 study was conducted where a group of people applied a gel that contains allantoin was applied to skin that was healing from an injury within 3 weeks of the injury taking place. This group saw improved wound healing and reduced scarring versus the control group that had a placebo gel. In addition, the glycolic acid found in snail mucin is supposed to be a great natural exfoliator. By exfoliating the dead skin cells on the top layer of your skin, newer, unpigmented skin.

Although the research done on the properties of snail mucin and the benefits for your skin are not as in depth as other skin care ingredients due to its novelty, the research that has been done is promising.

The naturally occurring ingredients found in a snails mucus are typically found in many various popular skin care products, but instead of purchasing 4 different products, using a cream with snail mucin is a one stop shop to reap all those benefits in one product. Yes, there is a bit of an “icky” factor to get over, but if you can get accustomed to it, there are so many beauty benefits to using snail cream on your skin.