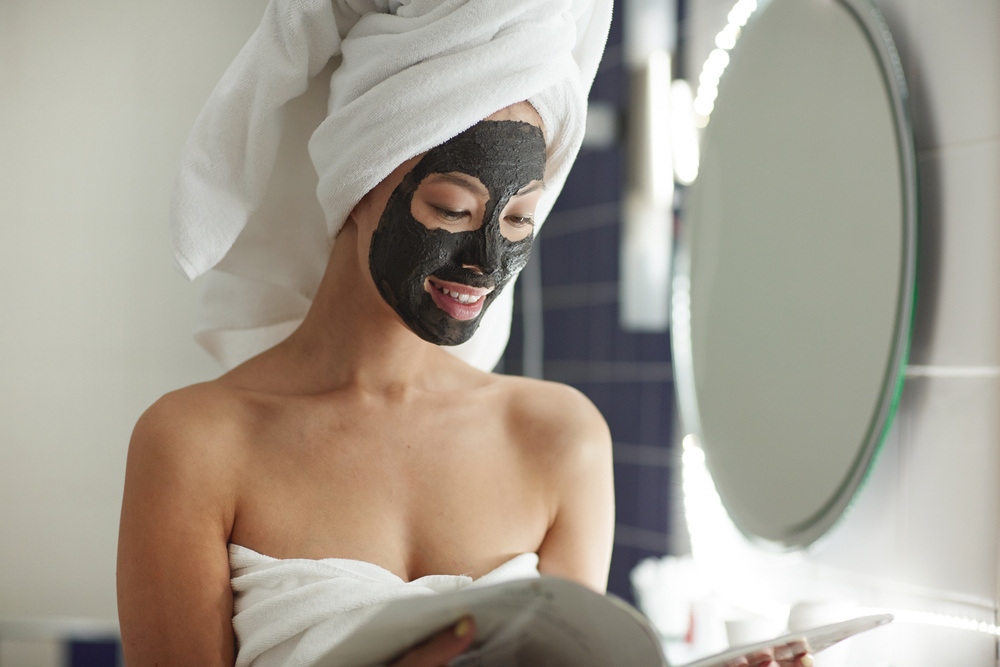 Mud masks are now one of the most popular treatments for both at home and professional self-care, with a Dead Sea mud mask being one of the most coveted and beneficial due to the copious benefits of Dead Sea minerals.

You might find it hard to believe or even counterintuitive that something like mud, which is often considered dirty, could have such cleansing and healing effects. Still, treatments such as a Dead Sea mud mask are rich in valuable minerals that leave your skin feeling hydrated, clean, and rejuvenated.

Using a Dead Sea mud mask is an effective treatment to combat and help rectify various skin issues, including acne, enlarged pores, excess oil, dry skin, and more. Who knew natural products like mud found in water could be so effective!

But this isn’t just ordinary mud, and it’s not ordinary water.

Still don’t believe us? No worries! We’re here to drive the point home of why giving a Dead Sea mud mask a try could be just what you need to elevate your skincare routine.

This article will outline the origins, key properties, and benefits that make Dead Sea masks desirable and effective for various skin types and conditions.

That being said, let’s jump right into it!

What is a Dead Sea Mud Mask?

As the name implies, a Dead Sea mud mask is a mineral-rich, soothing mud mask or clay mask composed of mud found in, you guessed it, the Dead Sea.

The Dead Sea, also known as the Salt Sea, is actually a landlocked salt lake that borders two Middle Eastern countries, Jordan to the east and Israel to the west.

Fun fact, its shores are some 400 metres below sea level, making it the lowest elevation and lowest body of water in the world.

The Dead Sea is also one of the saltiest lakes on Earth, and its high saline density means that it keeps those who bathe in it buoyant. In other words, if you were to take a dip in this lake, you’ll float. It also means that it cannot support any other form of life except bacteria, hence the name “Dead” Sea.

In terms of the Dead Sea mud itself, it has been used for centuries for its therapeutic effects on the skin, containing minerals such as silicon oxide, calcium oxide, and magnesium oxide, and sodium, to name a few of many.

Dead Sea mud can be used in many ways, with one of the most popular being skincare. Its healing properties are what make it a popular choice among many consumers.

However, it also possesses medicinal benefits, particularly for those suffering from skin ailments such as psoriasis, rosacea, and inflammation, as well as the treatment of muscular and joint conditions such as arthritis and fibromyalgia.

What are the Benefits?

Usage of Dead Sea mud is a testament to the old saying “if it ain’t broke, don’t fix it,” as it has been used for centuries for its therapeutic, healing effects.

Regarding its cosmetic benefits, products such as a Dead Sea mud mask, mud bath, and cleansers are frequently chosen to reduce skin impurities for all skin types, including dry, oily, and combination skin. It is also ideal for acne-prone skin as its properties draw out impurities, absorb excess oils, and soothe inflammation.

In this way, a Dead Sea mud mask is a fantastic product for those looking to indulge in an easy-to-do form of self-care that can be done at home and doubles as a natural method to help combat conditions such as enlarged pores, excess oil or blackheads and help improve the overall look and feel of skin.

The high salinity combined with minerals like magnesium and silicon can improve the skin’s overall functionality by creating a better skin barrier while promoting further elasticity.

Dead Sea mud products are also a good quality natural treatment method for health conditions, including skin ailments like psoriasis and rosacea and inflammatory conditions such as arthritis, chronic back pain, and fibromyalgia.

What can’t it do!

Like with other cosmetic, topical treatments, we would advise doing a spot test before applying a Dead Sea mud mask all over your face. Everyone’s skin is different, and there are always possibilities for irritation or adverse reactions.

As well, it should only be used externally. Hopefully, it should be common sense that it should not be ingested or eaten.

But you never know! So, we’re drawing that line in the sand or, in this case, mud.

While the mud’s components possess a variety of beneficial properties, consuming large amounts can have a toxic effect.

For this reason, it is best to keep your Dead sea mud mask out of reach of children.

Those with skin sensitivities to particular metals, like nickel, might want to avoid using Dead Sea mud products as there are trace amounts found in the mud itself.

However, many subscribe to these treatments as they serve as a natural alternative to other skin treatments that contain harsh chemicals.

Ultimately, like with all products, it will require some experimentation to see if a Dead Sea mud mask is for you.

The minerals found in the Dead Sea are rich in compounds that provide holistic, cosmetic, and medicinal benefits.

These properties are what make products like a Dead Sea mud mask so popular.

Serving as an exfoliant, cleanser, and hydration source, a Dead Sea mud mask is ideal for all skin types. It can be used to treat a multitude of afflictions, including acne, inflammation, and other impurities.

This, coupled with its medicinal benefits for conditions such as arthritis, solidifies the mud’s versatility and desirable qualities.

As with any other product, it is best to experiment with the amount you use and start with a patch test to ensure that your skin doesn’t have any adverse reactions.

While it may be hard to believe that mud can help your skin feel cleaner and firmer while also producing glowing results, there’s a reason why it is so popular and many people’s self-care go-to.

You’ll just have to try it for yourself!