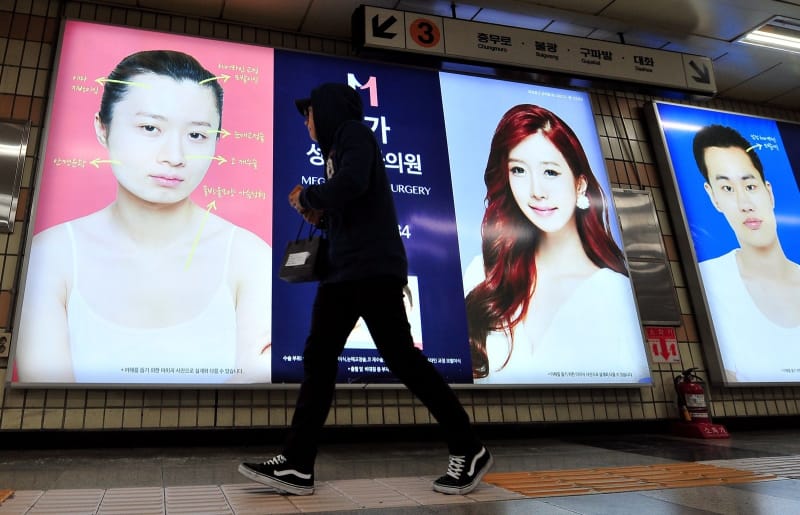 Here’s an investigative report on the super trend of Korean plastic surgery, from your beauty editors…

Imagine: your child has just passed his or her college-level entrance exams and is off to university. You, of course, couldn’t be more proud. But how should you reward such academic rigour?

Allow him or her to go for a long weekend with friends?

Give the ‘A-OK’ for them to attend a notoriously crazy music festival?

Or, better yet, encourage him or her to go under the knife for cosmetic surgery? Welcome to South Korea.

In this part of the world, cosmetic surgery is not only gifted to hard-working students but encouraged by proud parents who want to maximize their child’s prospects for a high-paying job after uni.

And Korean plastic surgery is no longer confined to South Korea, but has become rather an all-consuming phenomenon spanning young and old, rich and poor, male and female.

It’s taken hold in places like Mongolia, Australia, Thailand, Russia, and, yes, even North and South America – which used to be the plastic surgery capital of the world.

So, what has made Korean plastic surgery so trendy and a borderline obsession? Why does it seem to be more popular than ever? And more importantly, should you consider it?

Read on as we dish the truth behind this ‘obsession’ and explore the 3 reasons why Korean plastic surgery is becoming a super trend.

3 Reasons Why Korean Plastic Surgery is a Super Trend

As previously mentioned, Koreans have always had a hyper-focus on beauty and have seen lighter skin colour as a sign of wealth, respect and as a way of elevating out of the working classes into higher social status.

It’s also important to note that Korean plastic surgery trends are suspected to be derived from rigid beauty standards, leading many to still consult a physiognomist beforehand so as not to disrespect their lineage, or cultural expectations, before undergoing a procedure and, quite possibly, upsetting their elders.

Other K-beauty trends include the desirable ‘V’-shaped chin, fold-free eyelids, the appearance of a double-lid or wider gaze in the face, a pointy nose (versus a wide or flat-tipped nose), and other, softer looks.

And while the West is just getting up-to-speed on all of these procedures, many in Seoul are already moving past the extremely invasive, high-risk procedures mentioned above and opting for less noticeable procedures.

The reason for this shift is two-fold: first, there is growing scrutiny around being seen out and about with nose guards and bandages when many are speaking out against the endless advertisements thrust upon the city at every turn, plus the rapidly aging demographic that no longer desires the K-pop look.

2. K-beauty and Korean Plastic Surgery are Two Sides of the Same Coin

Many argue that K-beauty is 10 to 12 years ahead of the West. So, while ‘we’ are still catching up to the multi-step skincare routines, the clever digital marketing campaigns and strategies, YouTube influencer reviews and youthful product packaging initiatives, this is simply normal for teens, students, and job seekers under the age of 50.

While many in this demographic may no longer feel that multi-product skincare regimens are enough, plastic surgery is not a new phenomenon for a culture that has always sought after specific facial features as well as being fair-skinned.

So, it’s not surprising that South Korea leads the world in having the highest plastic surgeries per capita. 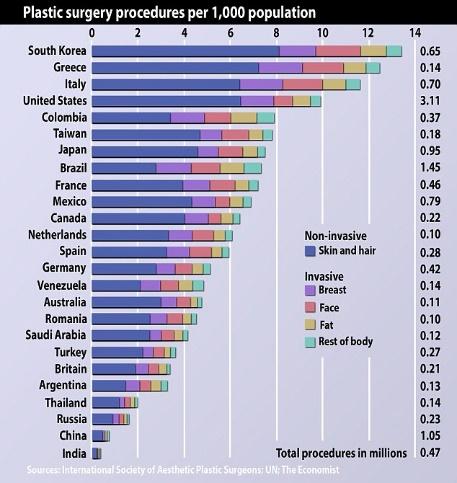 As seen, and while largely felt to be underreported, no fewer than 20% of Korean men and women have had a procedure with estimates closer to 50% to 65%.

Still, not all procedures undertaken are for purely aesthetic reasons, many opt for corrective procedures or operations so as to remain competitive in the job market, which is known on the peninsula as an ’employment cosmetics’ procedure.

A final reason for this ‘surge’ in Korean plastic surgery as a super trend is the amount of money that it generates for the government (see below). The Government has invested heavily in training surgeons and building up the Gangnam district. There are some 500 clinics ready to meet Eastern and Western demand.

That said, and over the past 5 years, those undergoing procedures are more likely to be medical tourists looking for a deal than the, again, rapidly aging demographic in Seoul itself.

This is all to say that no matter the supply, there will be a demand and surgeons in South Korea are likely to be employed, quite comfortably, for years to come. 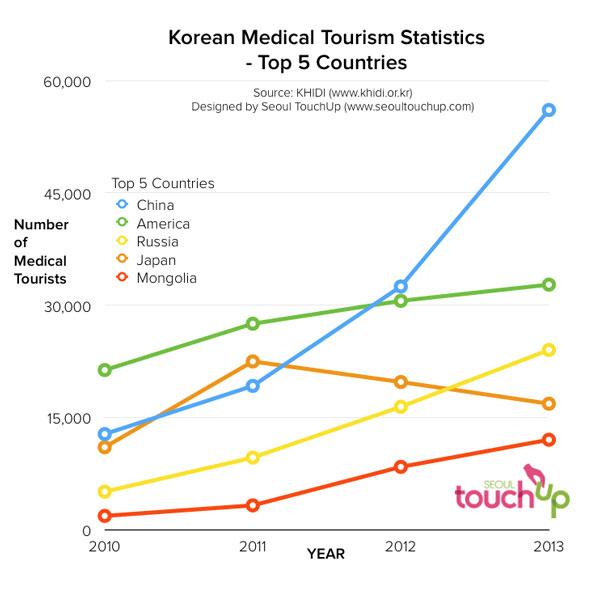 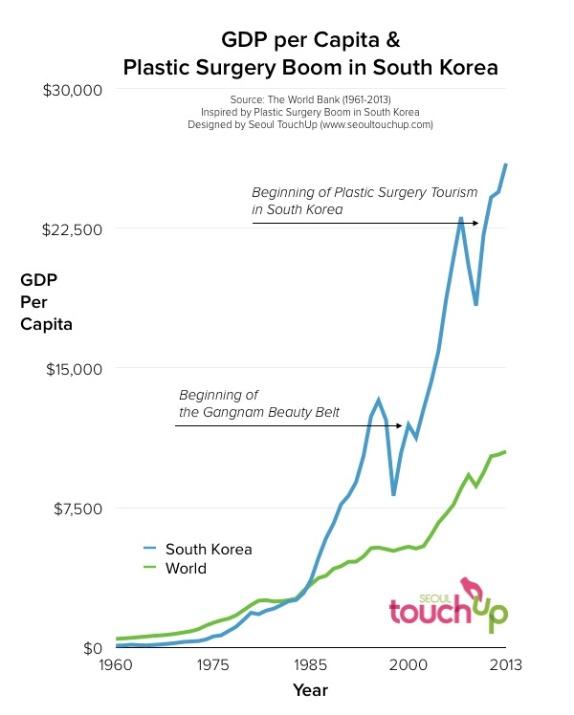 So, what is one to do: believe the hype that is the Korean plastic surgery ‘obsession’ and in so doing condemn a culture for its centuries-long held beliefs, or, perhaps start with why South Koreans might want a double eyelid or bone-shaping procedure?

Clearly, we encourage the latter, especially when it comes to adopting the look for yourself or, and at the very least, going with a K-beauty alternative in order to achieve clean and clear skin without the need to become a traveling medical tourist.

And for all your other Korean beauty concerns, look for our MANY guides and educative articles on the health-first, preventative philosophy.